HTC plans to heavily invest in emerging markets and sees future opportunity in the tablet market, the Taiwanese smartphone maker explained this week. 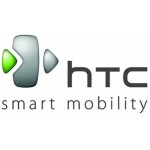 At a media briefing in Taipei on Monday, HTC’s CEO, Peter Chou, spoke of their tablet plans and their planned investment in emerging markets. Chou explained, “Customers are willing to pay more, that’s why we have grown nearly five times in China this year."

While the prolific smartphone maker won’t struggle to sell an array of entry-level phones to emerging markets, Chou says that HTC will not give up its “premium image" to do so. HTC will invest an equal amount of money in emerging markets as it does in developed markets, HTC also announced at the briefing.

HTC’s strategy is planned against the backdrop of Nokia’s traditional dominance in emerging markets and the so called “patent wars", occurring between the major smartphone players including Apple, Samsung and HTC. In a nod to Google’s purchase of Motorola Mobility in August, HTC said they are open-minded to patent acquisition to help fight their legal battles.

Details also emerged about the future of tablets for the company. To date, HTC have only produced two tablets of note; the HTC Flyer and the HTC Jetstream. Chou explained, “The tablet is a market we would like to try and test, to see whether we can make ourselves stand out and prevent a me-too product”. While their tablet offering does stand out from the crowd somewhat, with their HTC Scribe digital pen and HTC Scribe Technology, they are far from rivalling Apple’s iPad in terms of sales or volume.

HTC have grown from relative obscurity a few years ago to a tripling of their share price in 14 months, a quadrupling of their sales in 18 months and enviable brand recognition, thanks for their relentless release schedule of smartphones. According to research company, IDC, HTC currently stands as the fourth largest smartphone maker in the world, having passed Blackberry maker Research in Motion last quarter. It remains to be seen if their plans will see them push past Nokia, Samsung and Apple for smartphone and tablet supremacy though.

2 responses to “HTC talks emerging markets and a tablet strategy”